John WRIGHT was born in Dunipace, Stirling, Scotland in 1822, the son of Robert WRIGHT and Jean MICKELJOHN. John was involved in the printing business. In 1843 he married Helen (Ellen) MITCHELL the daughter of John MITCHELL and Ellen ?. John and Helen had nine children, and the six surviving immigrated with their parents to New Zealand in 1864 on the HELENSLEE [see passenger list below].

The family came to New Zealand under the Waikato Immigration Scheme, which was part of an attempt by the New Zealand government to bring large numbers of immigrants to settle the area south of Auckland (present day Franklin). Four main classes of immigrants were initially sought - labourers, mechanics, small farmers and capitalists. Mechanics (industrial craftsmen and artisans) were to be offered free passages plus a land grant if they resided on that land for three years. John WRIGHT and some of his sons fell into the category of "Mechanic". Immigrants were entitled to a quarter-acre section in the local township, a suburban allotment of ten acres, plus five for each child above 12 years old. Immigrants could apply for an additional grant of ten acres, plus five acres for their wives and children over 12 years old, if they repaid half their fare.

The HELENSLEE dropped its anchor on Thursday 22 December 1864 in Auckland but it wasn’t until the 27th that the passengers were permitted to disembark. There was no accommodation available for the immigrants and many of them slept under trees until they got word they were to be sent on to Mangere. They then went by boat up the Drury Creek and stayed in a farmer’s large flourmill or wool shed at there until they got word that they were moving on to Pokeno down the Great South Road. Pokeno was at that stage known as Queens Redoubt. The WRIGHT’s settled in the Pokeno area and many of the HELENSLEE passengers intermarried and their children intermarried too. Many descendants of the original immigrants are still in the area today. 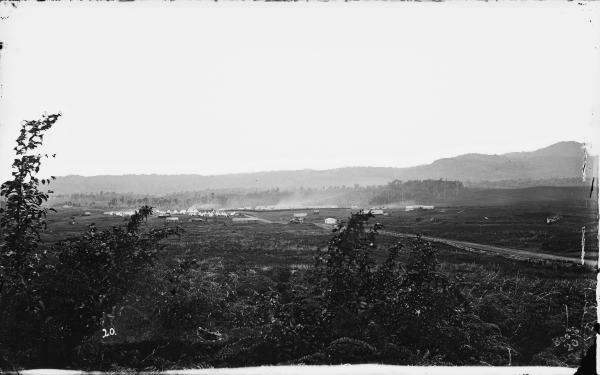 The children of John and Helen (Ellen) WRIGHT were;

Robert born 1844 Busby, Renfrewshire — came to New Zealand on the HELENSLEE as a single baker. Onboard he met Maggie DEAN , who came out with her mother and three brothers. Robert died in Ponsonby, Auckland in 1925. (See below)

John born 1845 Denny, Stirlingshire — came to New Zealand on the HELENSLEE as a single baker. He did not marry and spent much of his life in the Avondale Asylum. He died in 1913 in Auckland.

William born c1847 Cathcart, Renfrewshire — came to New Zealand on the HELENSLEE as a single baker. He left New Zealand around 1875 and moved to Liverpool, Sydney were he worked as a miner. He was unmarried and died in 1913 in Liverpool, NSW.

Jean (Jane/Jeannie) born 1852 Neilston, Renfrewshire — came to New Zealand as a 12-year-old on the HELENSLEE. She married William CHRISTIE in 1874 and they had seven children, born mostly north of Auckland — Mary, Ellen, Hugh, Jeannie, Jessie, William and John Wright. Jean died in 1832 at Whangarei Hospital.

Robert WRIGHT and Maggie DEAN m married at Queens Redoubt in 1870 and had eight children all born Pokeno.

The sailing ship Helenslee arrived in Auckland on Thursday December 22nd 1864. To celebrate the anniversary of 100 years since its arrival the descendants of the following passengers held a reunion at Pokeno on the 6th February 1965


It is interesting to note that Mary DEAN who emigrated with her four children William, John, Matthew and Margaret was by far the oldest passenger, the next oldest being George PITKETHLEY aged 46 years.

An account of the arrival of the ship and of the voyage appeared in the New Zealand Herald on December 23rd 1864 as follows;

"The clipper ship Helenslee, Capt. BROWN, arrived in harbour yesterday morning after a good passage of 101 days from Clyde. The following is a report of her passage, which has been kindly, furnished us;

She left Clyde on the 10th September with 334 passengers, all selected by the agent for the Auckland Government in Glasgow.  Cleared Channel on the 14th, shortly after which experienced a heavy gale from the Westward, with high sea and much thunder and lightning.  Light variable winds followed till the line was crossed on the 19th October, and the same light wind continuing till the Cape of Good Hope was passed on the 9th November, in latitude 46 ° 25’s, longitude 41° 30’ East. Saw a large iceberg, supposed about 90 feet high, and 2 miles long.  The wind then shifted to the westward, with very cold weather and frequent showers of sleet and snow, which continued till Tasmania was reached, on 7th December, then light Northerly winds prevailed, until sighting the Three Kings on the 19th inst., the time occupied from land to land being 97 days.   During the passage the greatest harmony and good feeling prevailed and amusements were entered into with spirit.

Day schools for children between 5 and 16 years of age were conducted by Mr Thomas WILSON, teacher, assisted by Mr Samuel CRICKET, who in addition to secular knowledge, imparted to them a considerable amount of religious instruction, the fruits of which it is trusted, will be seen and felt in this colony for many days after.  Sabbath day services in the forenoon were conducted by Mr CRICKET to a apparently earnest and anxious congregation.  Sabbath evenings and Thursday evening prayer meetings were also conducted by Mr CRICKET, assisted by Messrs. WILSON and PATERSON.

The Helenslee is a fine clipper ship of 798 tons, and has, considering the weather experienced, made a very good run; and to show if she has experienced anything like winds she would have made a rapid passage, we may only state that the run from 40° E to within 100 miles of Tasmania was made in 17 days, thus averaging 320 miles a day.  Her last voyage was to Otago, which was made in 74 days from Glasgow. The ship, which has arrived in port in a clean and creditable condition, has bought a total of 334 passengers, all in good health, and under the medical superintendence of Dr. John WILMSHURST.  There were 9 births and 14 deaths during the passage, one a Mr PITKETHLEY, aged 21 years from continued seasickness and debility; and the other Mrs. Mary LATTA, aged 23 years from diarrhoea; the remainder were all infants. Mr Walter GRAHAM is agent for the vessel."

The following extracts from the ship’s regulations are interesting and give some idea of the general conditions under which these pioneers traveled;

Provisions, Medical Attendance, Cooking and Cooking Utensils are supplied on board without charge to emigrants.

The following is the Dietary Scale for each adult person per week.  Women receive the same rations as men; children between one year and twelve years, one half, infants under one year, no rations.

Emigrants are supplied with the following bedding for which they pay the sums indicated:

Additional bedding for single females and children, as well as the following articles for each passenger, had to be provided by the emigrants; canvas bag, comb, brush, knife and fork, table and tea-spoon, 2 metal-plates, hook pot, slop pail, drinking mug, tin quart, pint pot and one gallon can or keg to hold the allowance of water.

No one was allowed to embark with less clothing than:

Also 4 towels and 2lbs of marine soap per person. Emigrants had to have not less than the above outfit but were advised that the larger the stock of clothing, the better for healthy and comfort during the voyage.

The following information on the early days of the settlers has been taken from various newspaper reports.

Although the anchor was dropped on Thursday 22nd December it was not until the 27th that the passengers were permitted to leave their floating home. On the 28th December it was reported that: "the passengers who arrived last week by the ship Helenslee from Glasgow were safely landed on the Queen Street wharf by means of cargo boats".

On January 22nd 1865 it was reported from Queens Redoubt (Pokeno); On Thursday evening the first 10 or 12 families, mostly Scots arrived in carts provided by the government. They were passengers by the ship Helenslee and were for some time located at or near Mangere."

On January 25th the immigrants commenced to make a road from the redoubt to the native village of Pokeno and by February 13th a road was cleared from the Great South Road to continue on to Paparata later.

At Pokeno valley a track was cleared and bush burned to make a road to Surrey Redoubt at Maramarua shortening this distance from 17 miles to 9 miles. On February 13th it was reported that: "it is to be hoped that the men will soon be able to get their several allotments so as to get themselves settled before the winter months come on."

During the first 10 months, they lived in tents, often using umbrellas as protection against rain while they cleared the land.

Our ancestors traveled on the second of seven voyages made by the Helenslee to New Zealand, 3 were made to Auckland and 4 to Dunedin, and this was her fastest passage. On her last voyage in 1872 she encountered a series of gales and the passage took 145 days.

The Helenslee was part of what became known as the Waikato Immigration Scheme of the 1860s.