RANGITIKEI - NEW ZEALAND
1891
PETITION FOR THE PARDON OF WALTER TRICKER

To His Excellency, The Right Honourable William Hillier, Earl of Onslow, Governor and Commander in Chief in and over Her Majesty’s Colony of New Zealand and its Dependencies, K.G.C.M.G etc etc

May it please your Excellency
Whereas Walter Tricker, now residing near Bulls in Rangitikei, was in 1863 sentenced to death for the murder of Robert Stillingfleet Rayner near Bulls, and whereas on account of such a large number of his fellow men believing him to be perfectly innocent of the crime and constantly petitioning the Government for his release, his sentence was at first commuted, and owing to further petitions, he was after 6˝ years imprisonment allowed to go out of gaol, by simply opening the door of the prison and allowing him to walk out. He really, in the eyes of the law being still a prisoner and under Police surveillance.

We the undersigned firmly believing in his innocence and considering his case one of those unfortunate miscarriages of justice which it is never too late to rectify, now approach Your Excellency and trust that you will see fit in your clemency to grant a free and unconditional pardon to the said Walter Tricker.

Since he was allowed to go out of gaol his conduct as a settler has been exemplary and he is universally respected by all with whom he has been brought into contract, fully bearing out the very keen feeling that he was perfectly innocent of the fearful crime of which he was brought in guilty.

He is now 69 years of age and has a family around him, and by his d* energy and hard work, had made his farm of value and your petitioners now pray your Excellency will be gracious, please grant Walter Tricker a free pardon, and enable him to deal with his property as he likes (which by years of honest straightforward hard work he has brought into a state of excellent order), and carry out an act of justice to which we all deeply feel he is undoubtedly entitled.

And your petitioners as in duty bound will ever pray..

The original petition and signatures are at the end of this table - any help with the ?'s would be most appreciated. 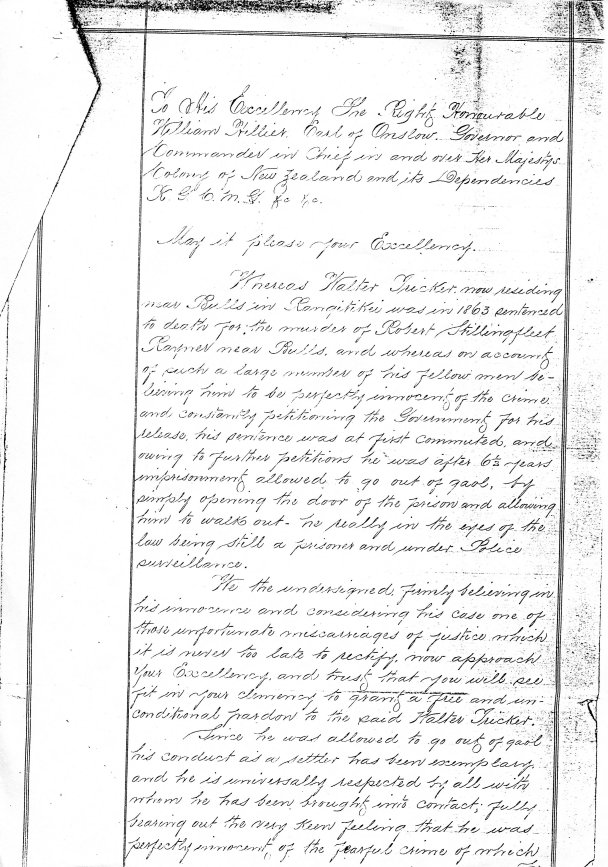 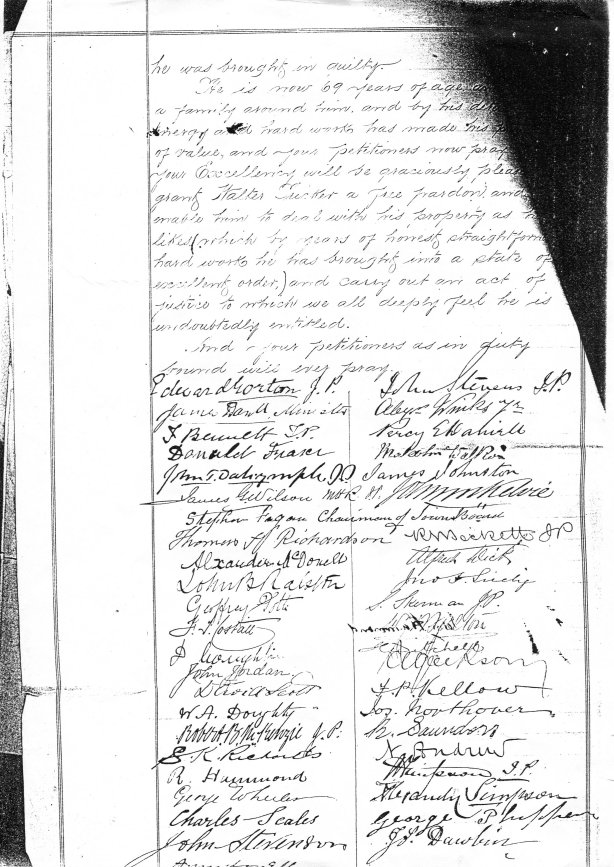 Unfortunately the copy I have of this petition cuts off the last name in the left hand column. 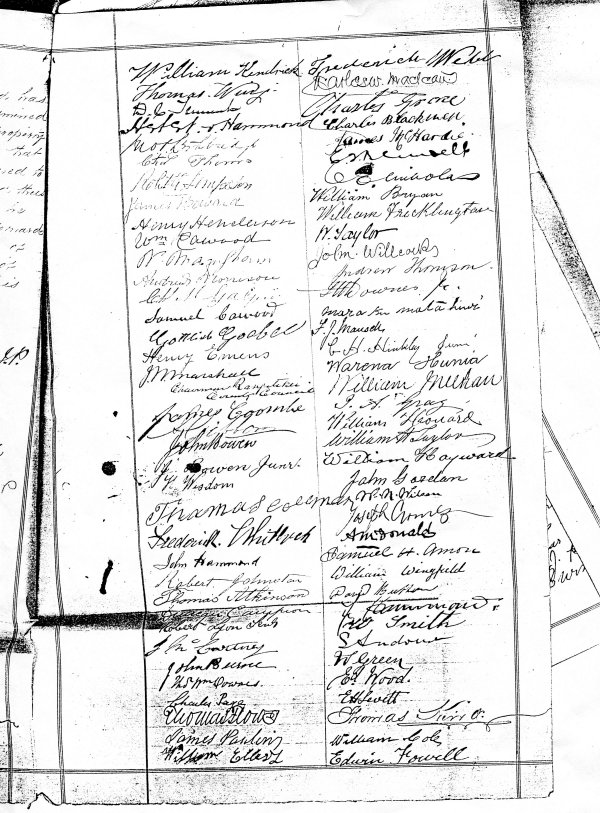 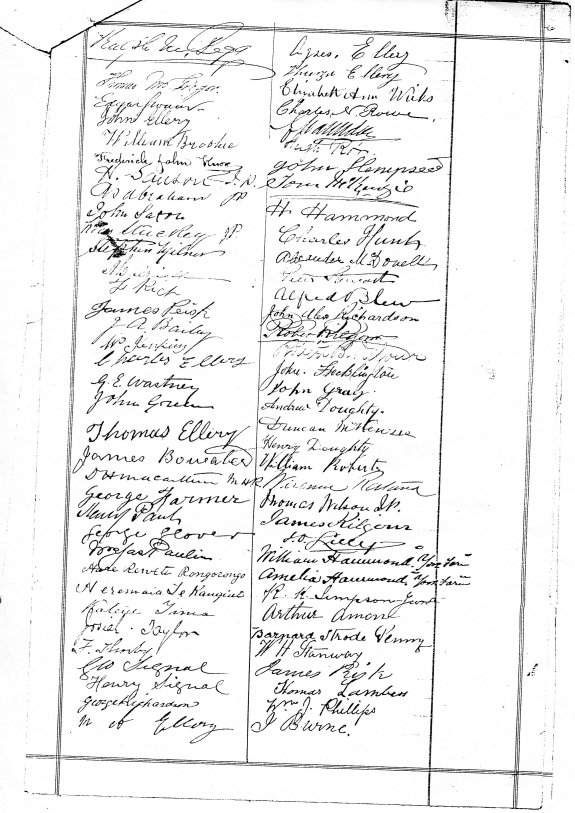 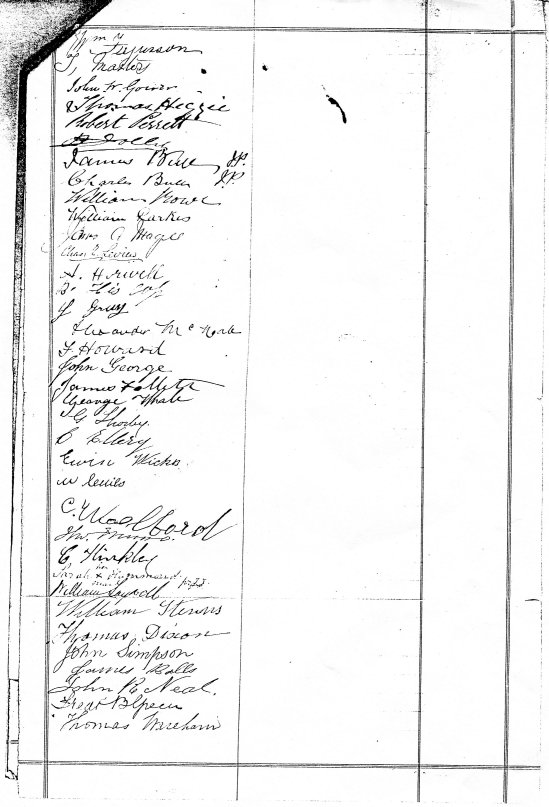