On Monday 24 September 1917, ten New Zealand soldiers were killed, and two were injured when they alighted from a troop train at the Bere Ferrers station, near Plymouth in South Devon.

The NZEF 28th Reinforcement's two troopships Ulimaroa and Norman had just arrived at Plymouth Sound from New Zealand, and were en-route from the docks to Sling Camp on the Salisbury Plains when the tragedy occured. The men were struck by the west-bound express from Waterloo to Plymouth. (NZ Genealogist Vol 39 No 310 Mar/Apr 2008 p75)

According to the inquest, - "The evidence showed that the men were travelling in a troop train which was pulled up at Bere Ferrers station, the line ahead being blocked. The soldiers had been told that on arrival at Exeter, which was expected to be the first stop, two men from each compartment were to get out and draw rations from the brake van. When the train pulled up at Bere Ferrers, and almost before it had come to a stand, a number of men jumped on to the line, apparently under the impression that they had arrived at the stopping place of which they had been told. Almost immediately an express train from Waterloo to Plymouth dashed through the station and the men on the line were struck down."

Nine New Zealand soldiers were killed instantly. One, W J TRUSSELL died later at the Tavistock Hospital. The ten are buried at the Plymouth (Efford) Cemetery and each have a Commonwealth War Graves headstone.

Parishoners of Bere Ferrers subscribed to brass "tablet" which was unveiled at a memorial service in St Andrew's Church (built in 1333)a year later by the Bishop of Exeter, Lord William Cecil, who had lost three sons in action. The church rector, James Sharpe, who attended the accident, later accepted a New Zealand flag donated by the New Zealand Government, to hang in the church.(NZ Genealogist Vol 39 No 310 Mar/Apr 2008 p75). A plaque was also erected at the Bere Ferrers railway station. 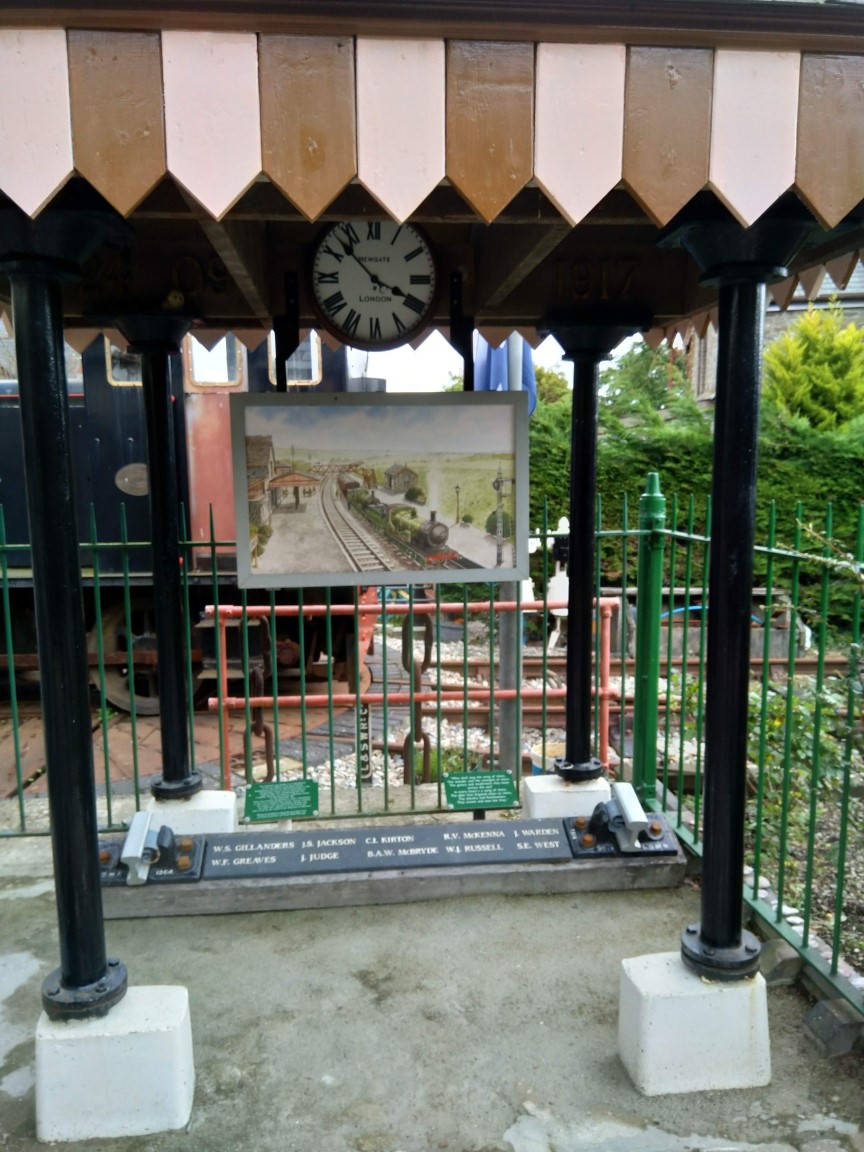 The memorial erected at the Bere Ferrers railway station. A nearby plaque reads

THIS MEMORIAL SHELTER, PATHWAY AND ROSE GARDEN
honours the memory of the
10 SOLDIERS OF THE NEW ZEALAND 28TH RIFLE BRIGADE REINFORCEMENTS
WHO LOST THEIR LIVES AT THIS STATION 100 YEARS AGO
commissioned in the presence of
THE NEW ZEALAND HIGH COMMISSIONER HIS EXCELLENCY LIEUTENANT GENERAL
THE RT. HON. SIR JERRY MATEPAREA GNZM, QSO, KStJ
and
THE DEPUTY LORD LIEUTENANT OF DEVON
BRIGADIER SIMON YOUNG CBE, DL
ON 24TH SEPTEMBER 2017. 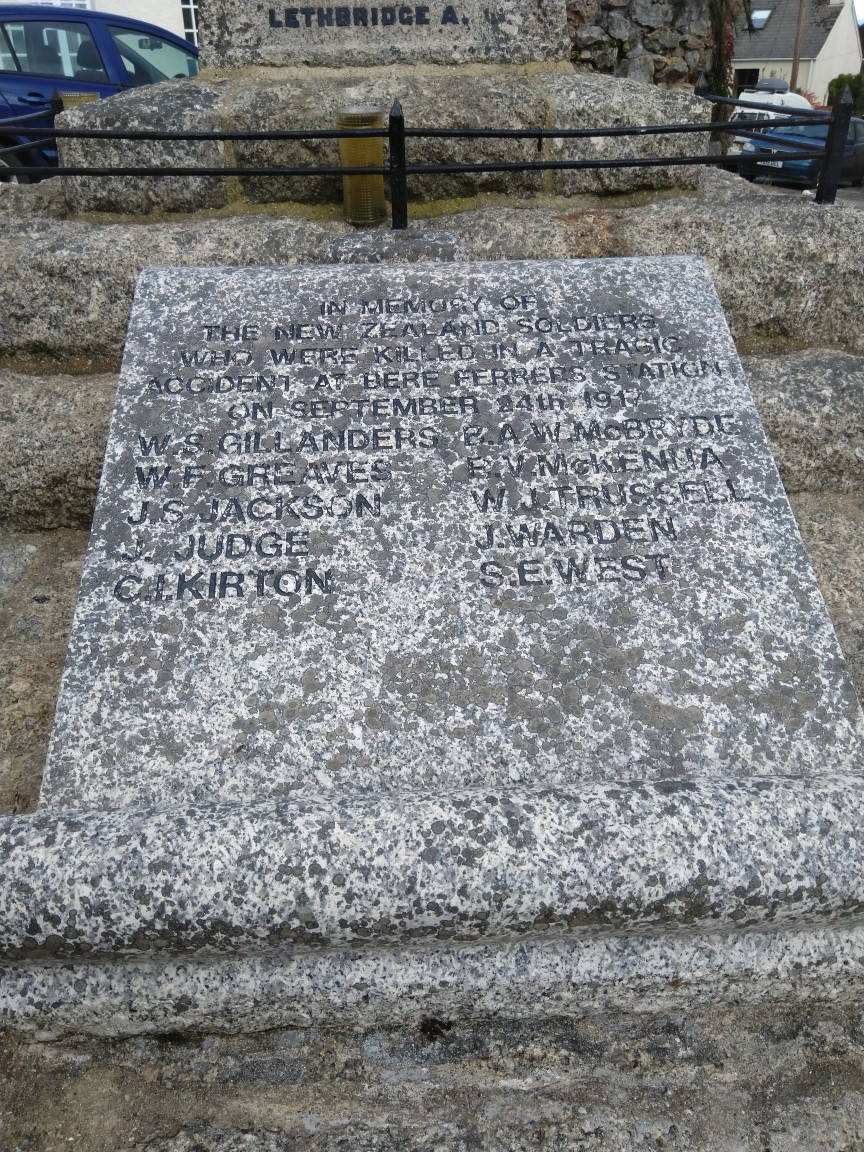